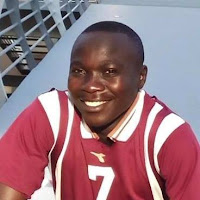 Wilbrod Wamboza was born on 1st December 1990. He is a Mugishu by tribe which is found in Mbale district in the Eastern part of Uganda. He has managed to finish senior 4, senior 6, a certificate in photography and video editing and lastly he is in his 3rd year of philosophy studying for a degree in philosophy at Philosophy Centre Jinja (PCJ) which is a branch of the Uganda Martyrs University Nkozi (UMU). He is in the order of the Ministers of the Infirm commonly known as the Camillians discerning his call to priesthood. He followed last year the course: Conflict Transformation, and Power, Identity and Trauma. In this interview he shares the   relevance of both courses in his religious formation.


Question: Could you share with us the relevance of the course Conflict Transformation in the context of religious and missionary formation?

Wilbrod: I will first define a conflict as a disagreement between interdependent people. With this course, one will come to know that life is all about conflicts and without them, then that particular person would be masking. To the religious context, personally, I learnt to transform the conflicts I have with my brothers in the community because there is no any community without a conflict. In relation to formation for missionary activity, the issue of how to deal with conflicts is paramount. As a missionary, one is often put into cultural situations much different to that of one's own background and thus the potential for inadvertent conflict is great. Therefore, a good missionary must count the charism of conflict transformation and reconciliation as a fundamental aspect of his/her vocation.

Question: You were also engaged in another course where we deepened on key areas of Conflict Transformation such as Power, Trauma and Identity, could you share with us how relevant are these three areas in the context of religious formation (explain one by one)?

Wilbrod: I will first of all define power according to Don Freeman (Lancaster Theological Seminary), who suggests power as the ability to get things done or to influence outcomes. According to Freeman, power is the ability to affect and be affected by the feelings, attitudes, beliefs, opinions and behaviour of others. Jesus has much to teach us regarding power relations, like in the letter of St. Paul to the Philippians 4:13 says; I can do all things through Christ which strengthens me. With that verse, Paul means that Christ is our leader and has power of which we also shar and then pass it to the neighbours to improve our relations.

For me, the relevance to power in religious formation stands out with great clarity. A central component of any religious formation program is personal development. To develop the well rounded and compassionate persona required of a religious priest or brother, one must be highly cognisant of how they use any power at their disposal.

Personally, I have been inspired by my formation program to always seek out the opinions of people in peripheral or powerless situations, for example, a patient or their family member. All too often a patient’s personality and spirituality can be treated in a passive or even neglectful manner by medical professionals in pursuit of a successful clinical outcome. In my experience, the smallest gesture towards the humanity of the patient, for example, making time for conversation, can reap massive rewards in terms of the patient’s feeling of empowerment. Our founder St. Camillus taught his earliest confreres that if they wanted to know how to treat the sick then they should ask the sick.

Trauma: As I am in formation for the Order of St. Camillus, the theme of trauma is of particular relevance. The Camillian Charism is one of practical and intelligent care for people who are experiencing medical traumas. Of course, patients who present themselves for medical treatment do not only suffer from physical wounds. My formation program has alerted me to the ever present need for awareness of any psychological or spiritual traumas that a patient may have suffered over the course of their life.

Identity: The concept of identity is a foremost principle in religious formation. A person’s identity radiates into their thoughts, words and actions. Conversely, how we think, live and interact with others, shapes our identity profoundly. Constructing the identity of the religious brother or priest, which we ultimately hope to embody, is a long term project. Like all great feats of engineering, building a strong and purposeful religious identity requires a stable foundation.

Since first becoming a candidate for the Order of St. Camillus, I have laid down the building blocks of personal prayer, celebration of the sacraments and regular good works. Of course, I have benefited greatly in these efforts from the input of my formators and my fellow confreres. Therefore, highlighting one of the most important foundation stones of identity; community life. By its nature, community life causes a candidate to encounter a variety of vastly disparate identities. Thus, holding a mirror up to our own identity. He who can relate well to those in his religious community during formation, by accommodating other identities, can be confident that the building blocks of a solid Christian identity are already firmly in place in himself.

Question: Could you share with us how these two courses have contributed to a better awareness of yourself?

Wilbrod: As a future religious I feel I have really benefited so much from these two courses. For trauma, power and identity, they have helped me to know how best to deal with people who have suffered trauma, because before doing trauma whenever I met people affected by trauma I could think they were pretending but after deep analysis of these course I am able to understand, tolerate and accept them the way they are. I also discovered that I had unhealed trauma during a special session of the trauma releasing exercises which at last I discovered and I became so light.

As for conflict transformation, it has helped me to learn how to transform the conflicts in the community. It has helped me to always look beyond the mere conflict as in to search the root cause of the conflict before transforming it. Also not to forget that conflict is part of life and life brings us conflict. Conflicts are opportunities which helps one to be creative to search for means of transforming. I have also come to realise that it is profound to envision and respond to whatever conflict comes along my way.

Question: How meaningful are these courses for a better understanding of community life in our religious context?

Wilbrod: For a community to live harmoniously, it should not take these courses for granted. They provide a candidate with the best understanding of him/herself. In religious life, one should be open. Such courses help the candidates to reflect on their lives and also they teach us to respect the dignity of each human being.

Question: You are a candidate of the Camilian congregation. How relevant has these courses been towards a deeper understanding of the CAMILLIAN charism?

Question: You have been introduced and gone through the experience of Trauma Releasing Exercises. How would you evaluate the experience?

Wilbrod: The process is really wonderful. Such exercises should be encouraged in the different communities because they help one to relax his muscles and mind. As I was doing the exercise, I allowed my muscles to be free, this gave chance to start trembling. The part which trembled much was my right leg, I really did not know why but later on, when processing the exercise, I recalled an injury I got in form three when playing football. I was advised never to play football again because the cap of the knee had a crack. Since that time, I used to feel this right leg being heavier than the left one. During the trauma releasing exercise, this knee released all the energy which was stocked for over 10 years. I felt much relieved and so light in my right leg. This is why I always do the Trauma Releasing Exercises whenever I feel my muscles are paining. Now they have kept me fit up to now.

Question: Did the trauma releasing exercises contribute to a new awareness of the wisdom of your body? How?

Wilbrod: I came to know that most times I do not give  chance to my body to relax, that is why I could feel heavy most times. Doing the exercises has helped me to become light and flexible. I give thanks for the practicality of both courses.