"The Apostle of the Enslaves of all Africa" 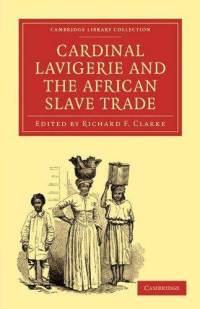 In 1889 the Jesuit Richard F. Clarke published this biography of Charles Lavigerie (1825-1892), the French cardinal and Primate of Africa. From the moment of his arrival in Algeria in 1868, Lavigerie became a key, if sometimes controversial, figure in organising Catholic missions in Africa. In 1874 he founded the Society of Missionaries for Africa, otherwise known as the White Fathers after the white Arab dress they wore. Lavigerie's later career was devoted to the battle against slavery and in 1888 he conducted a campaign in several European capitals denouncing the practice. Clarke's book, which appeared a year after Lavigerie's visit to London, provides an account of the cardinal's career in France and Africa up to that date. It emphasises and praises Lavigerie's anti-slavery message, referring to him in the preface as 'the apostle of the slaves of all Africa'.