What are thoughts made of? 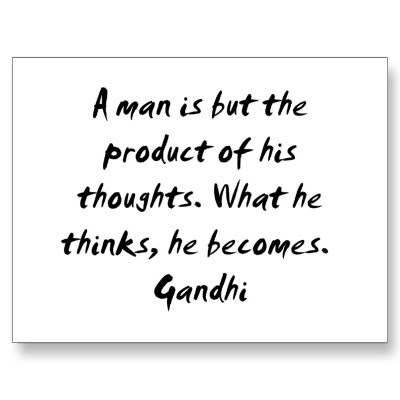 "The human brain is composed of about 100 billion nerve cells (neurons) interconnected by trillions of connections, called synapses. On average, each connection transmits about one signal per second. Some specialized connections send up to 1,000 signals per second. “Somehow… that’s producing thought,” says Charles Jennings, director of neurotechnology at the MIT McGovern Institute for Brain Research.

Given the physical complexity of what’s happening inside your head, it’s not easy to trace a thought from beginning to end. “That’s a little like asking where the forest begins. Is it with the first leaf, or the tip of the first root?” says Jennings. Simpler, then to start by considering perceptions—“thoughts” that are directly triggered by external stimuli—a feather brushes your skin, you see these words on the computer screen, you hear a phone ring. Each of these events triggers a series of signals in the brain. 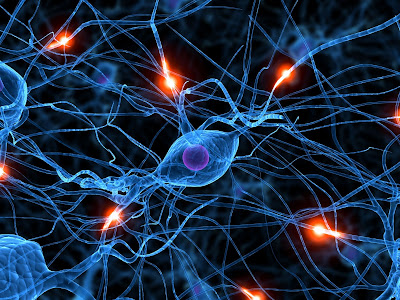 When you read these words, for example, the photons associated with the patterns of the letters hit your retina, and their energy triggers an electrical signal in the light-detecting cells there. That electrical signal propagates like a wave along the long threads called axons that are part of the connections between neurons. When the signal reaches the end of an axon, it causes the release of chemical neurotransmitters into the synapse, a chemical junction between the axon tip and target neurons. A target neuron responds with its own electrical signal, which, in turn, spreads to other neurons. Within a few hundred milliseconds, the signal has spread to billions of neurons in several dozen interconnected areas of your brain and you have perceived these words. (All that and you probably didn’t even break a sweat.)

The fact that you are then able to convert the perception of these shapes into symbols, language, and meaning is a whole other story—and a good indication of the complexity of neuroscience. Trying to imagine how trillions of connections and billions of simultaneous transmissions coalesce inside your brain to form a thought is a little like trying to look at the leaves, roots, snakes, birds, ticks, deer—and everything else in a forest—at the same moment.

With new brain imaging tools, however, researchers are making strides towards doing just that. A better understanding of where and how different types of thoughts arise in the brain—such as facial recognition, emotion, or language—may help researchers develop treatments for disorders such as autism or dyslexia.

But reaching that goal? “That’s a tall order,” said Evelina Fedorenko, a postdoctoral associate at the McGovern Institute. Working with Brain and Cognitive Sciences professor Nancy Kanwisher, Fedorenko is working to develop better tools for dissecting recordings of thoughts. Their recent work reveals a clearer picture of where the brain processes language, one of the defining activities that makes us human." — Elizabeth Dougherty