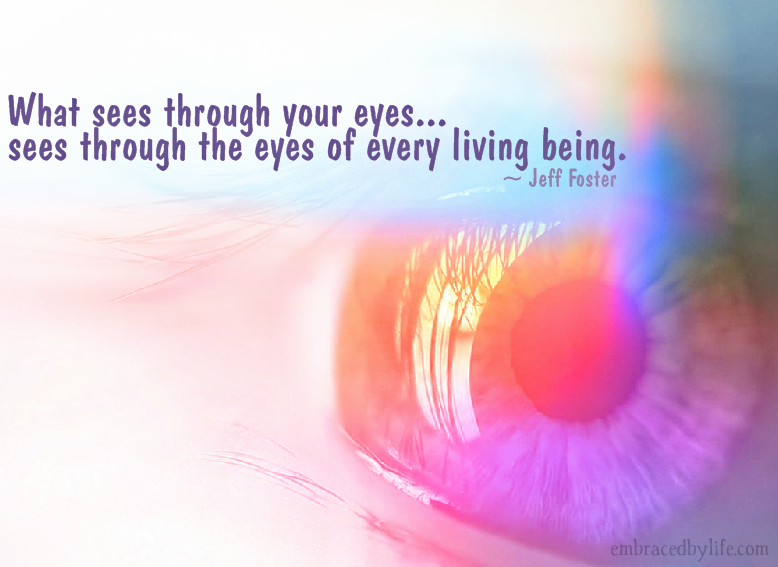 During the last decades, the apparently solid vision of the mechanistic and materialistic world has started to show alarming cracks.  Approaches that a century ago were taken as rigorous and almost irrefutable start to be seriously call into question.

Previously it was said that the universe is moved by a simple game of chance in progressive degradation and relentlessly oriented toward a thermic death. Beyond this dark omen the new science contemplates with surprise a fascinating creativity in all spheres of reality. An unstoppable evolutionary current runs through all the cosmic history, generating all types of novelties. The supposed universal machine, almost damned to scrap, unveils now like a living being animated by a self-creative permanent force.  It seems that Nature starts to reveal the secrets of its holistic inner tendency that pushes toward climbing the ladder of organized complexity. Such ascending impulse has been creating progressively, differentiated, inclusive and integrated units.

The Mechanistic Science had the reductionist dream of explaining the functioning of complex structures exclusively using its more basic components. The new science has broken such a dream when testing over and over and in diverse levels of reality that the whole is bigger than the sum of the parts.  The evolution flow engenders novelties that although logically compatible with precedent structures cannot however be explained by them. There is thus a dynamic and hierarchical scheme of the world in which emerging levels are integrated with the previous ones, therefore generating more complex, inclusive and broad organisms.  Elemental particles are part of  the atoms, atoms form molecules, molecules cells, cells organism, etcetera.  Thus, the universe is shown as a hierarchy that extends unlimitedly up and down and throughout all of the evolutionary course.

On the other hand, everyone of the levels of universal reality is structured by an infinite reciprocal game among individuals and communities.  One and many are faced as reflections in a net of mirrors. It is not possible to find an individual without its environment, not a collectivity without the individuals who make it. We cannot separate isolated unities in these universal networks of interrelationships and interconnections.  As Quantum Physics has demonstrated the scope of these complex webs of relations go beyond what we could humanly conceive, even transcending our time and space schemes.  There are no “parts” really separated in any level of the evolution scale.  On the contrary, as in a holographic plate each “fragment” of the world is not any other thing than a concrete expression of the same and unique totality. The universe starts to show itself to the eyes of new science as a unified field that reflects dynamically in every corner of itself.

We pretended to build the world upon the solid and strong basis of the matter but this myth has not either resisted the empirical testing.  Subatomic analysis has literally made that the floor disappears under our feet.  Our supposedly indestructible material base has dissolved in pure forms, patterns, orders and relationships in a fabric that is not substantial anymore but merely and purely abstract.  We are supported by evanescent forms that frantically emerge and disappear in an intangible void. Scientists even say that the universe starts to look more like a thought than like a machine.

The materialistic focus of classical science also aimed to describe the world “objectively”, marginalizing the situation to the “subject” that was making the description.  Nevertheless the emergent postmodern perspective has, once more, set forth the complete ingenuity of this project.  Inevitably the observation mind is  part of the observed universe.  There is not object without subject, there is not outside without inside, neither reality without consciousness.  Both terms are definitively interrelated  and therefore any intent of integral comprehension of the phenomenal world must necessarily include both facets. Evolution dynamics is therefore perceived as a generator of entities, not only progressively more organized and complex in its external aspect but also, at the same time, deeper and more conscious in its internal scope. We cannot limit our vision only to the surface of things because although we pretend to ignore them over and over the depths of lucidity will finally present themselves to us.

The universe that starts to display itself before our wondering gaze has little to do with that blind insensitive artifact, mechanical and inert world in which the human being that was imagining it,  didn’t even have a place.  The new perspectives that study reality, do not consider us any more as the aberrant creatures in a world without sense,  but on the contrary,  as appealing expressions of the creative flow of totality; authentic microcosms that reflect with evolving clarity, the infinite richness of a fascinating macrocosm.

Our research about the rhythm of evolution is framed inside of this new perspective of a self-creative universe —generator of novelties, progressively complex and organized—, hierarchical —in which every new level transcends and integrate all the previous—, holographic —in which every part reflects the totality—, impermanent —in a continuous dance of creation and destruction—, lucid —capable of knowing itself—, and void —without a basic substance that supports it.
In this new emerging scene, our risky proposal that it exists a harmonious pattern that governs the rhythm of Evolution, does not sound so odd now.  We shall see.