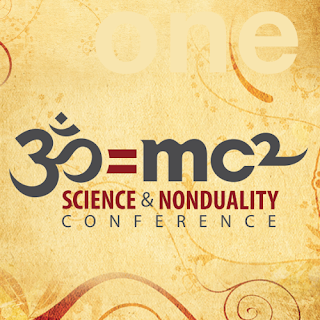 Nonduality is the philosophical, spiritual, and scientific understanding of non-separation and fundamental intrinsic oneness.

For thousand of years, through deep inner inquiry, philosophers and sages have came to the realization that there is only one substance and we are therefore all part of it. This substance can be called Awareness, Consciousness, Spirit, Advaita, Brahman, Tao, Nirvana or even God. It is constant, ever present, unchangeable and is the essence of all existence.

In the last century Western scientists are arriving at the same conclusion: The universe does indeed comprise of a single substance, presumably created during the Big Bang, and all sense of being - consciousness - subsequently arises from it. This realization has ontological implications for humanity: fundamentally we are individual expressions of a single entity, inextricably connected to one another, we are all drops of the same ocean.

Science and Nonduality is a journey, an exploration of the nature of awareness, the essence of life from which all arises and subsides.

WHAT IS NONDUALITY, ANYWAY?

There are many shades of meaning to the word nonduality. As an introduction, we might say that nonduality is the philosophical, spiritual, and scientific understanding of non-separation and fundamental oneness.

Our starting point is the statement “we are all one,” and this is meant not in some abstract sense but at the deepest level of existence. Duality, or separation between the observer and the observed, is an illusion that the Eastern mystics have long recognized and Western science has more recently come to understand through quantum mechanics.

SO HOW CAN WE BETTER UNDERSTAND NONDUALITY?

There are two aspects to this question, and at first glance they appear to be mutually exclusive, although they may be considered two representations of a single underlying reality.

The first aspect is our understanding of external reality, and for this we turn to science. The word science comes from the Latin scientia, which means knowledge. The beauty and usefulness of science is that it seeks to measure and describe reality without personal, religious, or cultural bias. For something to be considered scientifically proven, it has to pass exhaustive scrutiny, and even then is always subject to future revision. Inevitably human biases creep in, but the pursuit of science itself is intrinsically an evolving quest for truth. But then quantum mechanics turned much of this lauded objectivity on its head, as the role of the observer became inseparable from the observed quantum effect. It is as if consciousness itself plays a role in creating reality. Indeed, the two may be the same thing. As quantum pioneer Niels Bohr once put it: “A physicist is just an atom's way of looking at itself!”

The second aspect is our inner, personal experience of consciousness, our “awareness of awareness.” We have our senses to perceive the world, but “behind” all perception, memory, identification and thought is simply pure awareness itself.  Eastern mystics have described this undifferentiated consciousness for thousands of years as being the ultimate state of bliss, or nirvana. Seekers have attempted to experience it for themselves through countless rituals and practices, although the state itself can be quite simply described. As Indian advaita teacher Nisargadatta Maharaj said: “The trinity: mind, self and spirit, when looked into, becomes unity.”

The central challenge to understanding nonduality may be that it exists beyond language, because once it has been named, by definition -- and paradoxically -- a duality has been created. Even the statement “all things are one” creates a distinction between “one” and “not-one”! Hardly any wonder that nonduality has been misunderstood, particularly in the West.

Interview with Dave Pruett (Speaker at Science and Nonduality Conference 2013) >>

By profession, Dave Pruett is a former NASA researcher, an award-winning computational scientist, and a lauded emeritus professor of mathematics at James Madison University (JMU). By nature, he is a contemplative, a student of mysticism, and an admirer of Native American spirituality, particularly in regards to reverence for the Earth. His professional and personal attributes merged in late career in two meaningful endeavors: the development of “From Black Elk to Black Holes: Shaping a Myth for a New Millennium,” an acclaimed honors course at JMU that received a 2002 Templeton Foundation Science-Religion Course Award; and the recent publication of Reason and Wonder: A Copernican Revolution in Science and Spirit (Praeger, 2012). Twelve years in gestation, Reason and Wonder--“a love letter to the cosmos” that synthesizes modern scientific insights with ancient wisdom--recently garnered an American Library Association’s CHOICE Award. Dave lives in Harrisonburg, Virginia, with his wife Suzanne Fiederlein and daughter Elena.