The Myth of Redemptive Violence 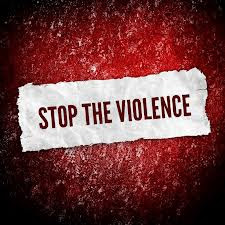 In his work on the Powers [the institutions that rule our world], Walter Wink claims that the primary myth of our time is the “Myth of Redemptive Violence.” This myth, which is so pervasive in contemporary U.S. culture, has its roots in the ancient Enuma Elish, a Babylonian creation story about the struggle between cosmic order and chaos. The idea is that force must be used to bring order out of chaos and that the only way to conquer evil is through domination and violence. This story has been played out around the world for generations, and continues to be played out today.The pervasiveness of violence among human beings brings to mind the ancient biblical story of Cain’s murder of Abel and the subsequent multiplication of violence articulated by Cain’s descendent, Lamech: “If Cain is avenged sevenfold, truly Lamech seventy-seven fold.” (Gen. 4:24) It is this very cycle of violence that Jesus seeks to remedy when he tells his followers that they must forgive even seventy-seven (or seventy times seven) times (Matt. 18:22). Sadly, Jesus’ rejection of violence and his embrace of nonviolence, so central to his life and message, have been ignored by many who claim to be Christian. And although it was the political, military, and economic Powers, supported by the religious establishment, that put Jesus to death, much of official Christianity throughout history has supported similar institutions and systems that are based on domination and violence. Walter Wink calls this changing but similarly interlocking network of worldly Powers “the Domination System.” Others call it “empire.”
Empires, too, function out of the myth of redemptive violence, under the illusion that domination and violence can bring order out of chaos and can conquer evil. Furthermore, empires seek to be ultimate and absolute, demanding people’s loyalty and service. Those who resist are seen as enemies and subversives, as Jesus was.
As someone who seeks to follow (not just worship) Jesus, I choose the nonviolent path that he chose. And I seek and work for a world transformed by Love, as he did.
Sharon Delgado, Link to the article in Tikkun Daily >>