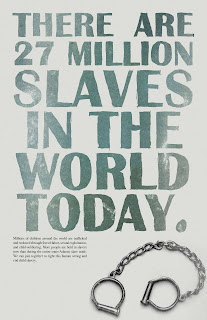 The presence of 27 millions of children, women and men enslaved in the XXI century all over the world is disturbing. Slavery is banned in most countries and prohibited by the 1948 Universal Declaration of Human Rights and the 1956 UN Supplementary Convention on the Abolition of Slavery, the Slave Trade and Institutions and Practices Similar to Slavery, yet slaves are found everywhere, in rich and poor countries though the majority are in India and African countries. Today’s slavery is less obvious but more abundant than in 1888 when Lavigerie undertook the anti-slavery campaign.

Though called other names, the conditions of exploitation are similar. People are controlled against their will under threat of violence, sold like objects, forced to work for little or no pay and cannot walk away. They are forced into a life which is exploitative, humiliating and abusive and represents an appalling assault on the dignity of human beings. Women and children make up the vast majority of victims. Yet today like in the past many are committed to fight slavery, so that all human beings may live in freedom and dignity.

Slavery is the reduction of human beings to being mere commodities that are sold and bought for profit as are any other “goods”. Modern slavery is symptomatic of the capitalistic system where profits are more important than human beings and where some people are ready to profit from the exploitation and suffering of other humans.
Forced labour, debt bondage, human trafficking, forced labour, domestic servitude and labour camps are today’s hidden institutions of slavery and the euphemisms used to hide the reality of “slavery”. This contributes to the general ignorance of slavery in our society. All are aspects of forced labour, where actual coercion (often with violence) is exercised by a third party to force the slave to undertake a work or service against his/her will. Forced labour and human trafficking are closely linked. However, while most victims of trafficking end up in forced labour, not all victims of forced labour are in this situation as a result of trafficking. 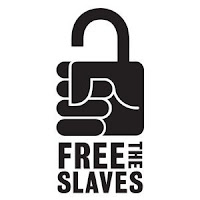 Currently, the price of human beings has reached a historical low! While at the beginnings of the 18th century a slave cost about $40,000 in today’s money, the current rate for a human slave is $90. The boom in the world’s population and the huge number of those living in poverty and vulnerable circumstances has increased the supply of people for the slave trade, thus reducing the price. On the demand side the search for cheap labour and services, and the profits from forced labour contribute to the persistence of slavery. Due to the illegal nature of the trade, there is no certitude about the figures of those enslaved and the extent and magnitude of the slave “industry”, which is second only to the drug trade. The benefits from the slave market are valued at $32 billion. Of these about $10 billion derived from the initial “sale” of individuals, and $22 billion represent the estimated profits from the activities or goods produced by the slaves. 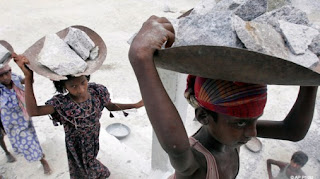 Some of the root causes of slavery can be found in the economic policies that have pushed family farmers to shift from food production to growing cash-crops for export. This favours the importing of food. The current trend of leasing or selling land and water to foreigners deprives millions of rural people of their livelihood, pushing them into poverty and often forcing them to migrate. Their vulnerability makes them an easy prey for slave traders. Poverty, vulnerability, corruption, crime and the absence of rule of law facilitates the slave trade and about 800.000 people are trafficked every year across international borders. Many of them end up in the USA and in Europe.

Historically, the position of the Catholic Church on slavery was not consistent, but since the first century was a subject of debate. In the 19th century she supported abolition. The commission of Pope Leo XIII’s to Lavigerie that he undertake an anti-slavery campaign shows an active participation in the world-wide movement towards the abolition of the slave trade. The Second Vatican Council declared in Gaudium es Spes (27, 29) that slavery was an infamy that dishonoured the Creator and a poison in society. The Church’s attitude is based on the belief that human beings have an intrinsic dignity because created in the image of Triune God.