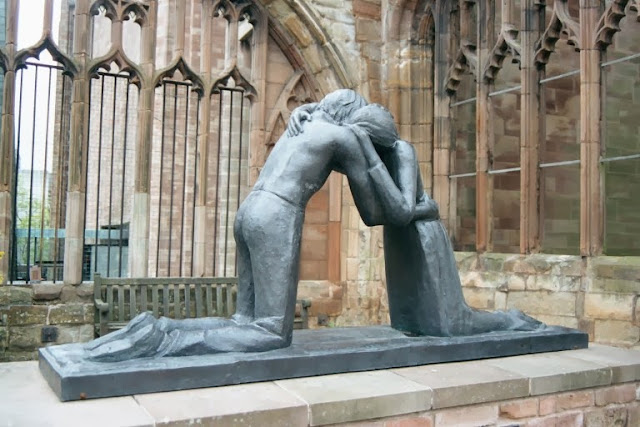 The weak can never forgive. Forgiveness is the attribute of the strong. –Mahatma Ghandi
Forgiveness. Few topics evoke stronger responses from victims. Should we forgive? If so, why, when, and how?
These are complex questions, and this essay highlights but a few principles I gleaned from forgiving the adults who raised me. I suggest visiting The Forgiveness Project for more comprehensive guidance.
My mother cared for me from my birth until her death when I was six. She suffered from worsening depression during that period and finally took her own life. I remember her as occasionally playful and loving but often tearful and distant.
At first I resisted blaming her. How could I direct anger toward such a frail soul? But in young adulthood I started feeling bitter: her depression and suicide cast long shadows. Why didn’t she work out her difficulties and stick around to raise me? By my forties, after years of depression and suicide attempts of my own, I understood better. I’d experienced firsthand how despair deludes people into thinking suicide the only option. Feeling kinship with my mother made forgiveness easier.
My father had left the household when I was four, but took over my upbringing following my mom’s death. He was an alcoholic, and like most men of his generation did not express much affection, though he seemed to care about me. Unfortunately, he failed to protect me from mistreatment, despite ample evidence of its occurrence.
His alcoholism angered me, especially when I watched his drinking as a sober adult. I saw him belittle family and friends. I observed how alcohol enabled him to ignore problems, and it was clear he’d used it to wash away the signs of child abuse. But I still loved him, and to my regret I didn’t forgive him until after his death. Forgiveness only became possible when I woke up to how easy it is to screw up in adulthood. This lesson of middle age wasn’t available earlier on.
My stepmother, Della, was my most difficult forgiveness problem…