6 Revelations about how Private Prisons make their Money 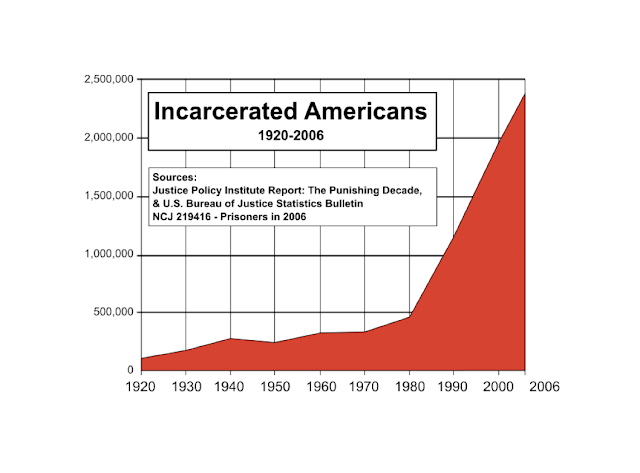 Imagine living in a country where prisons are private corporations that profit from keeping their beds stocked at, or near, capacity and the governing officials scramble to meet contractual “lockup quotas.” Imagine that taxpayers would have to pay for any empty beds should crime rates fall below that quota. Surprise! You already live there.

Some of these contracts require 90 to 100 percent prison occupancy.

In a letter to 48 state governors in 2012, the largest for-profit private prison company in the US, Corrections Corporation of America (CCA), offered to buy up and operate public state prisons. In exchange, states would have to sign a 20-year contract guaranteeing a 90 percent occupancy rate throughout the term.

While no state accepted CCA’s offer, a number of private prison companies have been inserting similar occupancy guarantee provisions into prison privatization contracts and requiring states to maintain high occupancy rates within their privately owned prisons. Three privately run prisons in Arizona have contracts that require 100 percent inmate occupancy, so the state is obligated to keep its prisons filled to capacity. Otherwise it has to pay the private company for any unused beds.

The report notes that contract clauses like this incentivize criminilization, and do nothing to promote rehabilitation, crime reduction or community building.

"[These contracts run] counter to many states’ public policy goals of reducing the prison population and increasing efforts for inmate rehabilitation," the report states. "When policymakers received the 2012 CCA letter, some worried the terms of CCA’s offer would encourage criminal justice officials to seek harsher sentences to maintain the occupancy rates required by a contract. Policy decisions should be based on creating and maintaining a just criminal justice system that protects the public interest, not ensuring corporate profits."

In a press teleconference about the report, Reverend Michael McBride, director of Urban Strategies and Lifelines to Healing at PICO National Network said the real human impact of having lockup quotas was unjustifiable.

“It’s important for us to step back and look at this from a moral perspective; all people of any faith or no faith at all can claim it’s reprehensible to imprison someone for making money or financial motives,” he said. “It’s important to always remember every single person is a human being … even if they have done something we may find problematic or illegal. They are not profit incentives.”

Here are six of the most shocking facts about prison privatization and corporatization, from the report.

1. 65 percent of the private prison contracts ITPI received and analyzed included occupancy guarantees in the form of quotas or required payments for empty prison cells (a “low-crime tax”). These quotas and low-crime taxes put taxpayers on the hook for guaranteeing profits for private prison corporations.

3. Arizona, Louisiana, Oklahoma and Virginia are locked in contracts with the highest occupancy guarantee requirements, with all quotas requiring between 95% and 100% occupancy.

4. Though crime has dropped by a third in the past decade, an occupancy requirement covering three for-profit prisons has forced taxpayers in Colorado to pay an additional $2 million.

5. Three Arizona for-profit prison contracts have a staggering 100% quota, even though a 2012 analysis from Tucson Citizen shows that the company’s per-day charge for each prisoner has increased an average of 13.9% over the life of the contracts.

6. A 20-year deal to privately operate the Lake Erie Correctional Institution in Ohio includes a 90% quota, and has contributed to cutting corners on safety, including overcrowding, areas without secure doors and an increase in crime both inside the prison and in the surrounding community.