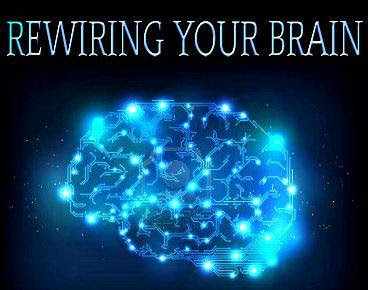 The people I spoke with who experienced a spontaneous remission believed that a higher order or intelligence lived within him or her. Whether they called it their divine, spiritual, or subconscious mind, they accepted that an inner power was giving them life every moment, and that it knew more than they, as humans, could ever know. Furthermore, if they could just tap into this intelligence, they could direct it to start working for them.
I have come to realize that there is nothing mystical about this greater mind. It is the same intelligence that organizes and regulates all the functions of the body. This power keeps our heart beating without interruption more than 100,000 times per day, without our ever stopping to think about it. That adds up to more than 40 million heartbeats per year, nearly three billion pulsations over a lifetime of 70 to 80 years. All this happens automatically, without care or cleaning, repair or replacement. An elevated consciousness is evidencing a will that is much greater than our will.
Likewise, we give no thought to what our heart is pumping: two gallons of blood per minute, well over 100 gallons per hour, through a system of vascular channels about 60,000 miles in length, or twice the circumference of the earth. Yet the circulatory system makes up only about 3 percent of our body mass. (1) Every 20 to 60 seconds, each blood cell makes a complete circuit through the body, and every red blood cell makes anywhere between 75,000 and 250,000 round trips in its lifetime. (By the way, if all of the red blood cells in your bloodstream were lined up end to end, they would reach 31,000 miles into the heavens.) In the second it takes you to inhale, you lose three million red blood cells, and in the next second, the same number will be replaced. How long would we live if we had to focus on making all this happen? Some greater (more expanded) mind must be orchestrating all of this for us.
Please stop reading for one second. Just now, some 100,000 chemical reactions took place in every single one of your cells. Now multiply 100,000 chemical reactions by the 70 to 100 trillion cells that make up your body. The answer has more zeros than most calculators can display, yet every second, that mind-boggling number of chemical reactions takes place inside of you. Do you have to think to perform even one of those reactions? Many of us can’t even balance our checkbooks or remember more than seven items from our shopping lists, so it’s fortunate for us that some intelligence smarter than our conscious mind is running the show.
In that same second, 10 million of your cells died, and in the next instant, almost 10 million new cells took their place.
Joe Dispenza
See more at >>