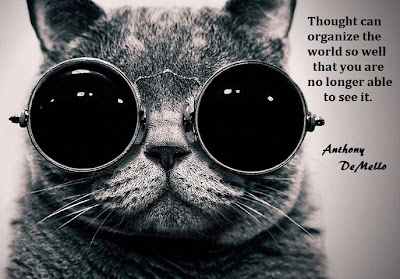 The Christian tradition became so concerned with making Jesus into its God, and making sure everybody believed that Jesus was God, that it often ignored his very practical and clear teachings. (Has Christianity been known for loving its enemies, or even building bridges of understanding between peoples?) Instead, we made the important issues abstract theological questions about the nature of God (which ask almost nothing of us except argument). Much of our church life has been on that level, and no one ever really “wins,” and so it goes on for centuries. Churches divide and separate largely over nonessential Gospel issues. “Who can pour the water, when, and what do they say?”
What the Buddha made clear to his people is that the crucial questions are first of all psychological and personal, and here and now. I think that Jesus was also first talking about the human situation and describing the issues of human liberation right here and now. Clearly the Kingdom of God, as Jesus describes it, is first of all here and now, and is the very thing we ask for in our official “Our Father” prayer: “thy kingdom come” here!
Despite it all, we turned Jesus’ message into a reward-or-punishment contest that would hopefully come later—instead of a transformational experience that was verifiable here and now by the fruits of the Holy Spirit (Galatians 5:22-23). Probably more than anything else, this huge misplacement of attention anesthetized and weakened the actual transformative power of Christianity. It all got moved into “later” and frankly only for a few. For both Jesus and for the Buddha, rewards and punishments are first of all inherent to the action and in this world. Goodness is its own reward and evil is its own punishment, and then we must all leave the future to the mercy and love of God, instead of thinking we are the umpires and judges of who goes where, when, and how. What a cosmic waste of time and energy and attention.