The Church and the African Slave Trade 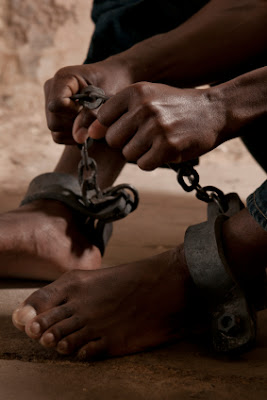 The origin of the Trans-Sahara and East African coastal Slave Trade in which Arabs were involved is difficult to determine. But it started earlier and lasted longer than its Trans-Atlantic counterpart. The latter came about “accidentally,” so to speak. On account of the harsh treatment by the Spanish conquistadores (“discoverers” and conquerors) in the so-called New World, the indigenous people there (mistakenly collectively referred to as “Amerindians”) died in large numbers in the gold mines and sugar plantations the Spanish conquistadores ran, as well as through the introduction of new diseases from Europe, including gonorrhoea and smallpox. The imminent depopulation of the region that followed, a genocide of its own kind, aroused compassionate voices, one of which was that of the Dominican Friar Bartolome de las Casas, who requested the Spanish King, Charles V, in 1517, to replace their labour with that of those he thought to be the more resilient human species, the “blackened blacks” from Africa. Compassion for the Amerindians was echoed by several popes, notably Pope Paul III (1534-1549) and Pope Urban VIII (1623-1644), in several documents (see Panzer 1996). This opened the door to the calamity (or, in Kiswahili, “Maafa”) of the Africans who were now hunted in Africa and transported in massive numbers to the Americas to replace the Amerindians. But the Africans also died in similar numbers, and Las Casas came to regret his suggestion for the enslavement of Africans. However, remorse on his part came too late for the Africans; having tasted the profit that slave labour provided, the mine and plantation owners continued to need them.
In the persons of Popes Nicholas V (1447-1455) and Alexander VI ((1492-1503) the Church had also, perhaps inadvertently paved the way to the realization of the Trans-Atlantic Slave Trade through their bulls Romanus Ponifex (1455), and Eximiae Devotionis and Inter Caetera (1493) respectively. These documents led to the infamous "padroado" (or right of patronage) concession in 1498. It granted Portugal the right in one part of the known world to “invade, search out, capture, vanquish, and subdue all Saracens and pagans whatsoever, and other enemies of Christ wheresoever placed, and ... to reduce their persons to perpetual slavery” (see http://en.wikipedia.org/wiki/Romanus_Ponifex). In the case of Spain it similarly gave the right to conquer and convert “barbarous nations” in the other half (see http://en.wikipedia.org/wiki/Inter_caetera).
Many pietistic apologists of these papal bulls have attempted to defend them on the grounds that the Popes only intended for Portugal and Spain to bring the Christian faith to these lands, and not really to allow political conquest and subjugation of them (see Panzer 1996, 13). Unfortunately, however, the interpretation of the papal intention, however noble, was left to the “God-fearing” Portuguese and Spanish sovereigns, and it is clear that they preferred the latter and the attendant material gain over and  above the salvation of the natives' souls. The European monarchs' interest was first of all about the power and wealth of their earthly realms, not the spread of the Kingdom of God. This is why the Indigenous Law Institute in Eugene, Oregon, USA, recently (in 2005) wrote to Pope Benedict XVI asking him to “revoke and rescind” these bulls because, in their view, these documents “provided the foundation” both for the theft of indigenous lands and the subjection of indigenous peoples to “slavery, genocide, and a less than human identity” (Indigenous Law Institute 2005).