Fighting Genocide and a Crime against Humanity: Cardinal Lavigerie and the African Slave Trade 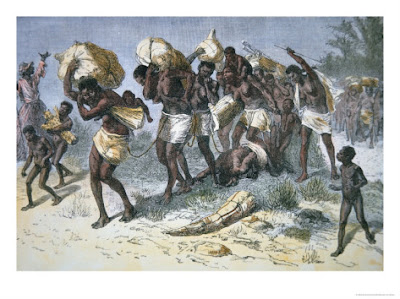 No discussion about the abolition of the African Slave Trade in the 19th century can make much sense without recalling the entire four- or five-hundred-year history of the phenomenon itself. What seems to be a widespread, deliberate, though subtle, effort towards collective amnesia in this matter – the inclination to erase out of consciousness and from common memory the experience of slavery, particularly in Africa – makes the obligation to remember a fundamental one. Given the extent and depth of the experience and its consequences on the African continent and its peoples right up to the present, and definitely, as evidence seems to indicate, for the future as well, it baffles the mind, and is actually immoral, that people would suggest that the Slave Trade was merely as “an incident in history,” and that the quicker it is forgotten the better it will be for the continent. On the contrary, it appears much more logical and ethical to insist that the reality of the slave trade and slavery be accorded a more prominent part than has been the case so far, not only in the African civic education system, but also in the process of Christian evangelization and catechesis.

Read the full document (Pdf) >>
Document presented at Tangaza College (February 2013) with the occassion of the Symposium of the 125th Anniversary Anti-Slavery Campaign.