Combatting Modern Slavery: In the Footsteps of Charles Lavigerie 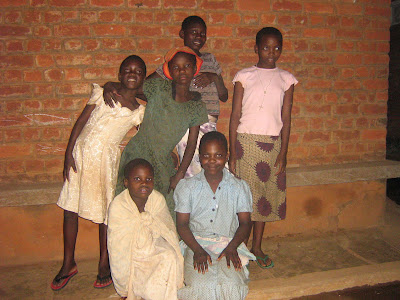 Tikondane Care for Children in/off the Streets (hereafter referred to as TCCS) is a Faith Based Organization (FBO) whose unique contribution is the “hands-on” care and protection of abused, neglected, vulnerable and marginalized children. The project was initiated by the Missionary Sisters of Our Lady of Africa (MSOLA) in collaboration with the Diocese of Lilongwe and will this year clock 15 years of service. 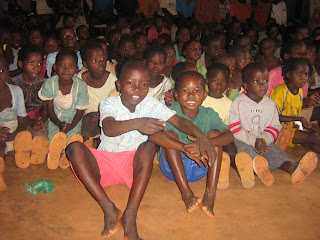 Children’s stories reveal the struggles and hopes of our people. The political crises and increasing poverty continue to be root causes of the abuses affecting children. Tikondane have noted domestic violence as one of the biggest factors that push children out of their homes. Through the dedication and commitment of Tikondane staff, the advisory board, the partner and all the close collaborators, many children have been reached in 2012. Most of them have accessed their rights; many have been protected from abuse and a few have been saved from death.

AN EXAMPLE AMONG MANY

Vanessa Madaliso (not her real name) writes: I came to know Tikondane project since 2004. One of the social workers found me at night on the street after I had run from home because of violence in my family. Tikondane have been helping me since then. In 2004, they send me to a boarding school be-cause I could not stay at home. I was then in standard three. They provided supports that I needed at a boarding school. I also used to spend my holidays at Tikondane and Tikondane provides with my needs. As of now, I am at Likuni Girls Secondary School in form Two and the Tikondane people are still paying fees for me until now they are still supporting me. When I am sick, they took me to the hospital, giving me food and washing my clothes. They follow the instructions from the Doctor. Tikondane social workers visited my family and they talked with my parents since then there have been a lot of changes: They have stopped shouting at me in any how and beating me. They have started showing love to me. The relationship with my parents is growing. Now I can spend my holidays at home. 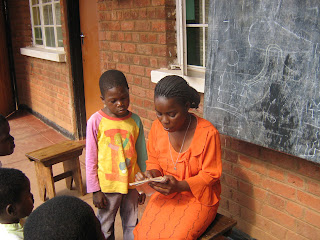 We have noticed that most young children who are on the street are commuting from their homes (in Area 36, Chinsapo, Likuni, Ngwenya and Chigwirisano) and we are reflecting on the best way to work with parents and the community in this new development. The number of children being used for begging by disabled parents has increased again, having begun during Ramadan, and most of those children are still on the street begging. We have also noticed an increase in the number of street girls; some are renting a house in Area 36 but they are not open to work with us. They don’t want re-integration, which, for the time being, is the service we can offer them.

We were affected by the death of three children living on the street (a 15 year-old boy burnt to death by mob justice after robbery in a shop, another boy who was burnt to death and a 16 year-old girl who was HIV positive). A special challenge is posed by the children in the streets who have been infected with HIV and are suffering from AIDS. Some of these children have access to pediatric ART but living on the streets, they do not adhere well to the medication. Moreover, they lack adequate food to sustain themselves and some continue to engage in sexual activities with other children.

Sometimes, some children from the streets and who are living in complete despair have caused trouble at the shelter. They have thrown bottles and stones in order to provoke us to call the Police so that they can be taken to the cells. On our part we handled this situation amicably and with a lot of penitence and compassion. A day later these children have calmed down and have come to apologize, which has given us the opportunity to talk with each individual.
There were many children returning to the shelter last year, perhaps because of the current economic situation. We were particularly challenged by returnees who had been escorted for re-integration to far distant homes, and we are exploring other avenues to help them.