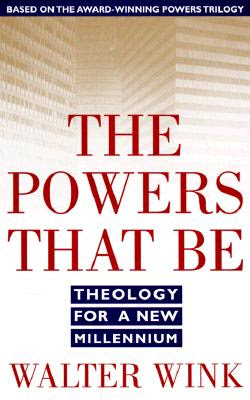 The Domination System integrates different network of powers that dictate cultural values in our world and exert a subtle but fierce stranglehold that leaves millions disempowered and disenfranchised. Walter Winks identifies this destructive force as an integral dimension of our major cultural institutions, a kind of corporate personality, imposing its will often ruthlessly and brutally.
The Domination System is characterized by unjust economic relations, oppressive political relations, biased race relations, patriarchal gender relations, hierarchical power relations, and the use of violence to maintain them all,... from the ancient Near Eastern states to the Pax Romana, to feudal Europe, to communist state capitalism, to modern market capitalism.

Walter Wink, The Powers that Be (27-29, 39), quoted in "Christianity's Dangerous Memory", Diarmuid O'Murchu